Zombies Gain Traction in Pop Culture and in Custom Patches 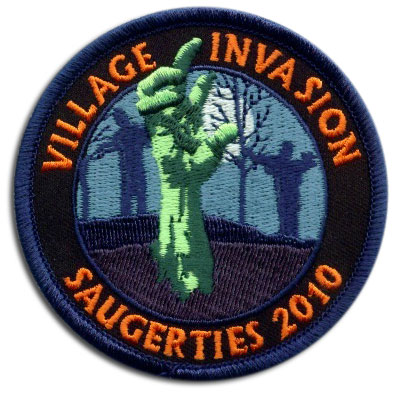 Just within the past handful of years, zombies have infiltrated pop culture as never before.

Just from observing trends in custom patch themes, Stadri Emblems has duly noted this steady ascension in the popularity of zombies. Our first-ever set of zombie-themed patches was ordered in 2008, and it was the only one that year. That number has more than doubled each subsequent year, with 2014 seeing a thousand-fold increase.

Zombie movies and TV shows have gained massive popularity lately, but their origins go back much farther. Dawn of the Dead was released in 1978 and Bela Lugosi's White Zombie came out all the way back in 1932! The concept of Zombies certainly has been around for longer than that though. More recently, the show The Walking Dead has really solidified the Zombie's place in pop culture. Every year, more zombie movies and shows are released for our morbid enjoyment. Several were released just this year, including The Girl With All the Gifts, and Resident Evil. Don't even get us started on the amount of zombies that you can find in video games!

We thought we’d share some of these patches with you to celebrate Halloween: 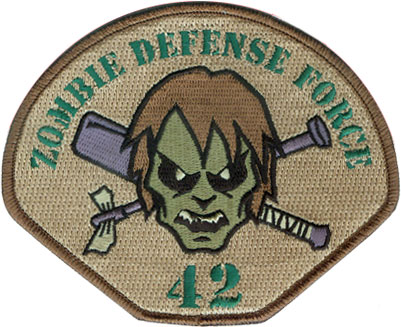 This was our very first zombie patch done in 2008. This year was a huge year for zombies in pop culture. Movies included Day of the Dead, Quarantine, Resident Evil, and plenty more. 2008 also brought us the popular game Left 4 Dead! Definitely an iconic year for zombies. 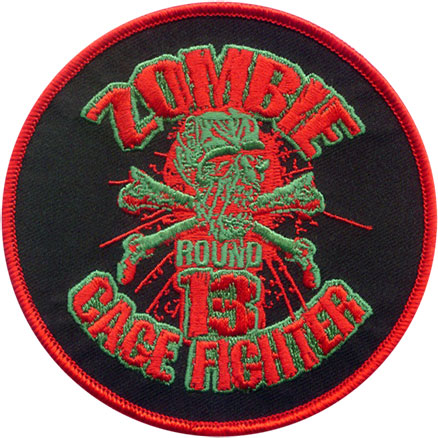 This conjures up quite a mental-picture, doesn’t it? The contrasting red and green threads on this patch make it stand out as a really unique zombie patch. 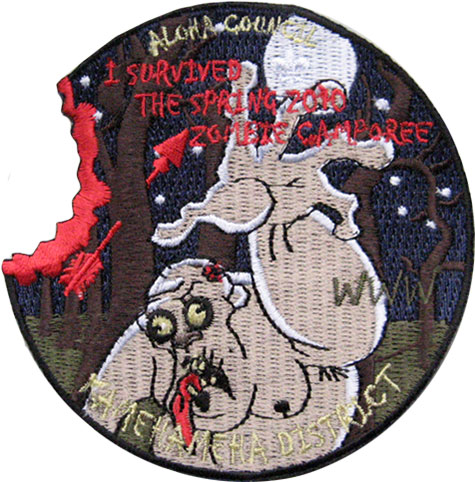 Is this just me, or is camping with zombies something best avoided? Since the patch says they survived, we’ll assume all’s well. 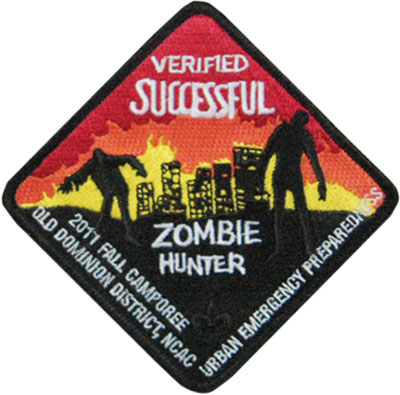 Hunting zombies seems to be a common theme lately. Good thing they’re verified as successful. The fewer zombies roaming the streets, the better. Did you know that after the success of The Walking Dead TV show that the CDC actually issued official guidelines for what to do in a zombie virus outbreak? Read up so you can be prepared as well! 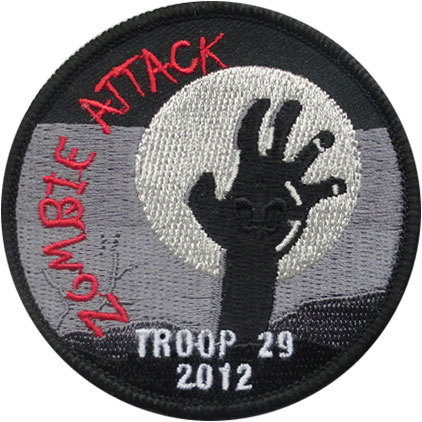 Let's be honest - we are pretty sure that Boy Scouts could handle a zombie attack! After all, their motto is to be prepared! 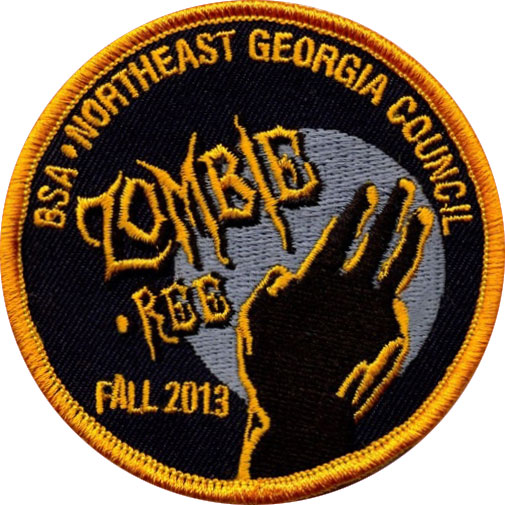 Is a zombie-ree just a jamboree but with more braaaaaains? 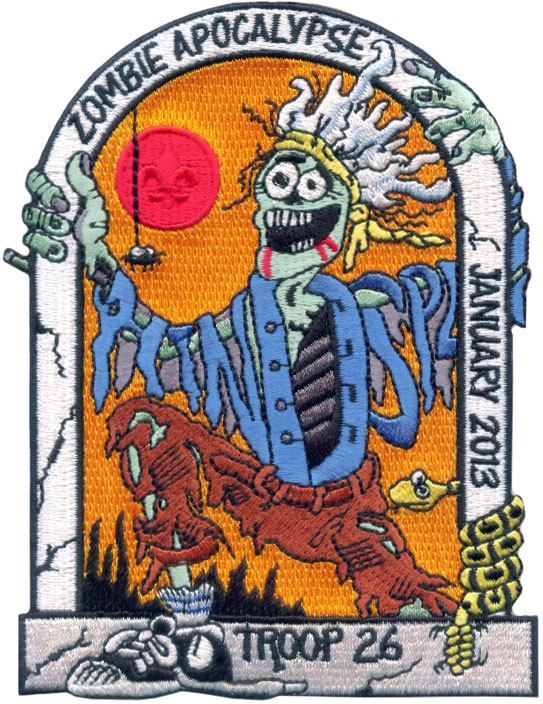 Did the zombie apocalypse come in January of 2013? It was definitely a popular year for Zombie movies such as World War Z, Warm Bodies, and Contracted. 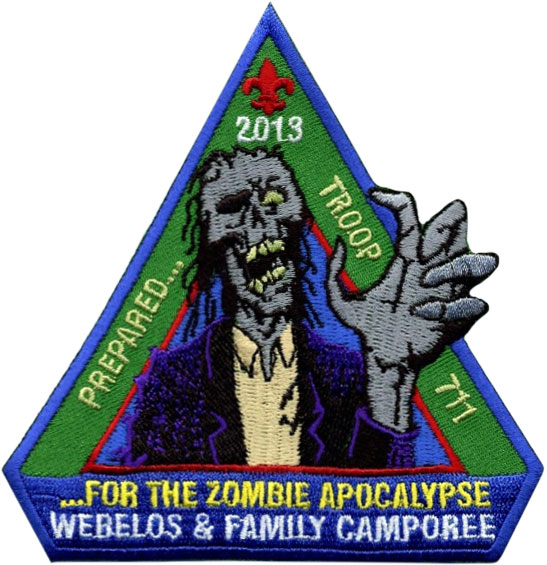 We have no doubt that the Boy Scouts would be able to survive that zombie apocalypse. Everyone knows that the key to survival is being prepared! 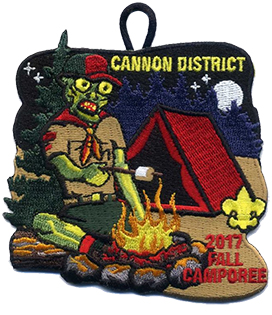 Looks like it's a little too late for this Scout. Becoming a zombie doesn't seem to bother him, though. He is continuing to enjoy his camp out regardless! 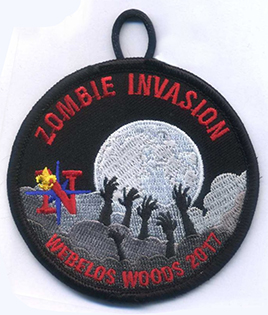 Now this is a cool patch. We love the layers of foggy clouds with the arms reaching up, as well as the detail stitched into the moon.